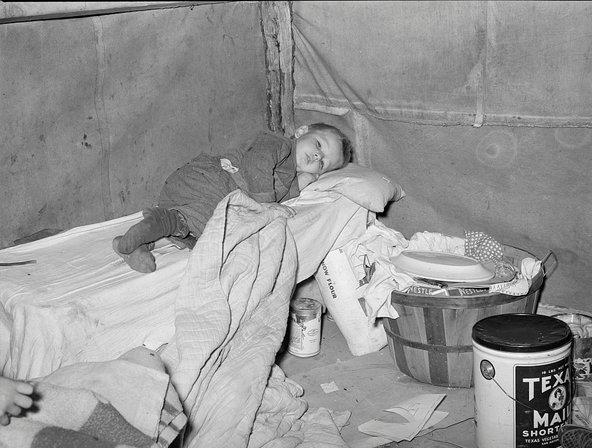 One of my 11-year-old twin daughters recently came home from school distraught. When I asked why, she lifted her foot.

There was dog poop on her sneakers.

She watched as I flicked away the doggy detritus with a twig, then scrubbed the sole of her shoe with an old brush and hot water. “We don’t like to pick up Buddy’s poop, either,” I could hear her telling her sister, “but we do it because it’s gross to leave it on the sidewalk.”

When I handed her the shoe, cleaned and as good as new, she beamed. “Thanks, Mom,” she said, lacing up. But after a few test twirls in the yard, she stopped.

“Didn’t that dog’s owner know he would cause so much trouble for other people?” she asked, brow furrowing. “He might have even caused trouble for himself if he came back and stepped in it!”

At the tender age of 11, she had seen how one person’s bad decision could negatively affect others.

The same lesson is playing out for patients and doctors across the country, albeit under far graver circumstances.

This year, there has been a major resurgence of measles, a dangerous disease that for decades had been virtually unknown in the United States. And it’s become clear that measles has re-emerged as a public health issue in this country because large numbers of individuals remain unvaccinated.

Up until the late 1960s, measles was an unavoidable scourge, infecting millions of children each year. Highly contagious, it could lurk in the air for hours after an infected individual had passed by, resulting in more than 400 deaths and nearly 50,000 hospitalizations annually, as well as innumerable chronic disabilities when it spread to the lungs and brain.

Happily, in 1966 scientists developed a safe and effective vaccine. With this vaccine in hand, public health officials, pediatricians and infectious disease experts began a series of campaigns to eradicate the disease. Their principal strategy was to create “herd immunity,” or “community immunity.”

In any given population, there would always be individuals who would not develop immunity to measles, even after receiving the vaccine, or who could not receive the vaccine because they were too young (less than a year old) or had immune systems already weakened from diseases like cancer or AIDS. But health care experts discovered that if at least 95 percent of a community were immunized against measles, all the members of that group would be safe. Even if someone with the disease entered the community, the immunized majority would serve as a “buffer zone” preventing further spread to unimmunized individuals.

If, however, the rates of vaccination fell below 95 percent and community immunity dropped, that safety net would disappear.

In 2000, after three decades of intensive efforts, public health officials declared that endemic measles had been eradicated in the United States.

But just as the experts were claiming victory, Dr. Andrew Wakefield, a British gastroenterologist, published in The Lancet a study of 12 children that posited a causal link between the measles vaccine and an intestinal disorder and autism. Subsequently, dozens of peer-reviewed studies based on the experience of millions of children found nothing to support such speculation, and in 2010 The Lancet retracted the study, citing fraudulent data and ethics violations. The same year, the British Medical Council barred Dr. Wakefield from practicing medicine because of ethical lapses.

The retraction, the disciplinary actions and all the subsequent scientific findings that refuted Dr. Wakefield’s assertion did little to dampen the enthusiasm of his most fervent supporters. They continued to promote his work and the idea that the measles vaccine could cause autism. Believing that they were protecting the young against neurological harm, these parents refused to vaccinate their children and encouraged others in their communities to do the same.

Pediatricians and infectious disease experts warned that these parents were putting their unvaccinated children at increased risk. Measles remains the eighth leading cause of mortality worldwide and the greatest vaccine-preventable cause of death among children. Studies have shown that unvaccinated children are 35 times more likely to contract the disease than immunized children.

Furthermore, the health care experts cautioned, it wouldn’t be just their own family members that these parents were putting at risk.

This year the proverbial poop has hit the propeller. Over the last five months, there have been 16 outbreaks and almost 500 reported cases of measles. It’s the highest number of cases since 2000, and the number continues to rise. Almost all the outbreaks can be traced to an unvaccinated individual who contracted the disease while traveling abroad, and the majority of people who subsequently caught the disease were unvaccinated by choice.

Moreover, because as many as a quarter of all parents in certain communities chose not to vaccinate their children, pockets of the population have lost the protective effects of herd immunity. In these communities, measles has spread like wildfire, infecting not only those who were unvaccinated by choice but also infants too young to be immunized, and children and adults with immune systems already compromised.

And, it gets worse.

Given the earlier success of the measles eradication campaign, most patients and their doctors no longer know how to recognize the disease. Patients, unaware that they are ill with such a contagious disease, go to hospitals and clinics assuming that the providers there will know what to do to help them.

But most practicing doctors, myself included, have never cared for a patient with measles. Confronted with a patient suffering from a fever, red eyes, runny nose, cough and blotchy rash, we don’t even think of measles, let alone order the dramatic precautions necessary to prevent its spread, like mandating facial masks, isolating patients in rooms equipped with specialized ventilation systems and reporting to appropriate infection control experts.

And because measles was virtually nonexistent in the United States until this year, many clinicians still assume that patients are vaccinated against the disease and therefore not susceptible.

“We have a whole generation of physicians who have never seen measles,” said Dr. Julia Sammons, medical director of infection prevention and control at the Children’s Hospital of Philadelphia. Dr. Sammons has just published in The Annals of Internal Medicine a primer on the diagnosis, treatment, prevention and control of measles to help increase awareness among doctors. “You’re not going to make the diagnosis or make efforts to control spread if it’s not on your radar screen,” she said.

While there have been no deaths yet associated with the recent outbreaks, the lesson for patients and doctors is clear.

When it comes to public health, bad personal choices can have potentially devastating effects on others.

“It’s easy to believe that vaccines are harmful if you aren’t seeing the consequences for yourself and other people,” Dr. Sammons said. “But we need to remember that measles is a preventable disease.”